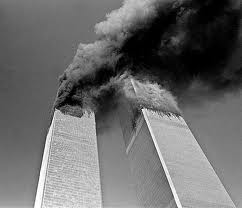 Tonight as I logged on Facebook, I started seeing comments like: "Turn on the news" or "He is Dead"
Sure enough when I flipped on the television, there it was. Osama Bin Laden was killed by American ground forces in Pakistan. I watched the President's speech live and had some chatter with people online about the ordeal. I watched as thousands of people gathered in public places to celebrate. I watched countless comments fly on Twitter and Facebook. Most were very positive. What interested me the most out of all the conversations going on were the Trevecca students that were saying very different things about the situation. They were talking about God's grace and quoting scriptures like:

"As surely as I live, declares the Sovereign LORD, I take no pleasure in the death of the wicked, but rather that they turn from their ways and live. Ezekiel 33:11"
"Don't rejoice when your enemies fall; don't be happy when they stumble. Proverbs 24:17"
"But I tell you, do not resist an evil person. If anyone slaps you on the right cheek, turn to them the other cheek also. Matthew 25:39"

I started reading some of the Anti-War blog posts flying up. Like this one. I must say though, these reactions were the minority and I am deeply rooted within the Christian social media network. It seemed as if the entire country was celebrating, while I sat there alone in a dark room watching my television screen. I didn't know what to think. I remember watching second plane hit the building live as a student in school. I remember that feeling. It is a feeling that I have only felt once more in my life, and that was when I was told my dad had died suddenly. But along with this sad shocked feeling, 9/11 brought along with it, this feeling that I needed to take some action. If I had been old enough to serve in the military, I would have signed up right then and there. But now what....


Now after being a Christian Pastor, how was I to react to the news that "Justice has been done" Says President Obama. Was this act righteous? I knew in my heart, I had wanted this man to pay for his crimes for a decade now. But it wasn't about me anymore. In two days I will have to stand up in front of a group of teenagers that will ask me about tonight's events. Why do so many Christians celebrate an event that just seems so counter to the Gospel message of Jesus Christ? Right now after reflecting for an hour, my answer to myself and others is this: Jesus taught us to love our neighbors. Jesus taught us to sacrifice ourselves for others. When I think about what our troops did tonight, I can't help but to look directly at the fact that we killed a man. As I examine the situation though, I came to a different conclusion than some of my fellow Christian bloggers. Man's Justice is never perfect like God's. I will admit that, but it was out of the love that we have for one another that this man not be allowed to scheme and plot and kill anymore people. The sacrifice that our troops have made of themselves in efforts to prevent further acts such as what happened on 9/11, is classified in my heart and mind as doing exactly what we are told to do. Love Our Neighbors. Scripture is very clear that God is our judge. It is also clear that we are to make sacrifices for one another. I want to say thank you to everyone who has made a sacrifice to protect innocent people from terrorism spawned from hatred.
Until Next Time -Just Jon
Rants about Stuff