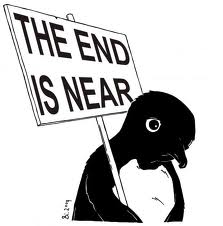 Recent news of the looming apocalypse has gotten America all stirred up. With movies like 2012 and History Channel specials running every other hour, Americans are becoming more and more interested in the Apocalypse. This week, Harold Camping, a "well known" Christian talk radio personality's prediction of the rapture and end of the world has become a central story in the mainstream and social media. People have even sent Camping their entire life savings convinced that this prophecy will come true. It is twenty minutes after the time in which Camping foretold of the Christian rapture, and I am here writing this article. Camping predicted a huge earthquake that would rock the entire world. Throughout the last few days I could not seem to go anywhere without someone making a crack joke at this prediction and the end of the world. I want to deal with a few things in this article. The first I want to cover is: why exactly people are so willing to buy into apocalypse predictions? The second is: what effect does a false prediction have on our society? I will give my answer to these two questions in this two part series on the topic. 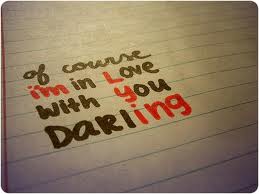 Why are Americans so willing to buy into Apocalypse predictions?

It is my contention that the interest in apocalypse comes from a more natural and historical background that most contemporary analysts are unwilling to give credit to. There is a real need for every story to have an antagonist. The story of life absolutely must have an antagonist. We commonly know this antagonist to be death. There is only one problem with death being the antagonist, it is no match for the circle of life. The cycle that overcomes death by continuing the rebirth of new generations. Because today we have more recorded human history than anytime before, we have a greater understanding and trust that the sun will rise the next day and life will continue with or without us. The one antagonist to this story is the apocalypse. This is a time in which all life will end, not just one generation. We see this is very possible because in our American western society we understand that everything must have a beginning and an end. Unlike our neighbors to the east whom see life as continuous never ending, we have always had some perspective whether it be exclusively Christian or just scientific, that supports a definite end to life in this world. Our American society thinks that they are going through a very tough time right now, which they are in comparison to ten years ago, so it leads people to ask questions like could this be the beginning of the end? As a result of better global media coverage they are seeing more and more natural disasters everyday in their home on the television set. If you combine this with the fact that someone who has built up some credibility somehow, predicts the end of the world and holds the prospect of eternal damnation over the heads of his followers, you have a "perfect storm" for creating believers in an apocalypse narrative.
Personally I think that if you are a Christian and saving people before the apocalypse is important to you, then it doesn't really matter what day it will happen on. You should be willing to do whatever you can to go and make disciples. The thing that absolutely must be considered however is this: If the prediction is wrong, will all the effort and money that is thrown into raising awareness of the "end of the world" actually help or hurt the faith and reputation of Christians? I will cover this in part  two of this two part series. Until Next Time -Just Jon
Rants about Stuff