- May 30, 2011
When the prediction is wrong, has the church come out better or worse than if it was never made? 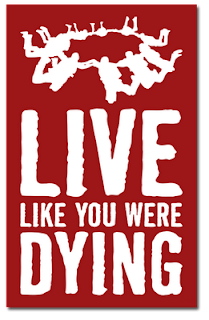 I believe that there are some ways in which you can say that a false apocalypse scare can do some good. For example: I think that more people prayed to God during the prediction than did before. I believe that more people actually took a a look at their lives and considered the possibility of the end coming before they had a chance to turn back to God. I even think that it can be good from the stand point of daily living. We are to always be prepared and ready for the return, not just when someone on the radio says that they know the exact date. As Americans we want to schedule everything: Lunch, Meetings, Hair Cuts, Trips, Work, Dinner, etc...   So why not schedule the end of the world as well? It doesn't seem to work that way.
There are also a few bad things that come out of a fake apocalypse prediction. First off, it has the ability to make people question God, Scripture and the Church. Secondly it gives Atheists and other religious fanatics more ammo to verbally shoot at Christians as we try and minister to them. Thirdly it damages the reputation of Christianity as a whole by making us look as if we are out to scam people by scaring them into sending us their money. Honestly nobody really knows the long term affects of such a false prediction, but we do know this:
"However, no one knows the day or hour when these things will happen, not even the angels in heaven or the Son himself. Only the Father knows" 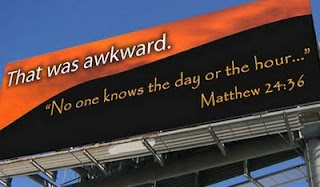 Until Next Time -Just Jon