Music To Their Eyes (by Jon Allen)

- October 04, 2011
When I was a teenager so many years ago (6), You could not have separated me from my music no matter what. I don't remember a single second in my car without the stereo blasting loud enough for the cars around me to enjoy the music with me. Teenagers today haven't changed much. If anything the music is more accessible to them than ever. Music is like an escape hatch offering a quick out during the complacent episodes of life. Teenagers are more dependent on the music than ever. People often say that the music is powerful, and its true. Music has a great deal of power in our society. Music can influence your mood, bring back memories or even give you hope for the future. Did you know the Gospel is much like music? 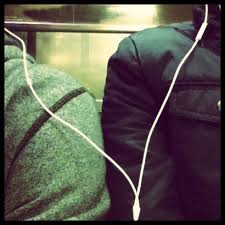 To the Christian teenager, the Gospel can be represented in many ways. The greatest experience I have in my life is speaking this Gospel into the lives of teenagers and watching them grab a hold of it like they would a new song on the radio. At first you might hear it and say wow that sounds great, but maybe it doesn't really sink in yet. Then you hear it again, and again, then eventually you find yourself singing along with the radio. The next thing you know the song is stuck in your head and you can't help but sing it in public, where people then come up to you saying "thanks" now its stuck in my head too. The great thing about the whole process is that no matter how old you are or how long you have been a believer, being a witness is the same two step process for us all. It is simple really Step One? you gotta witness it, like read it or see it or hear it or in some way experience it, Step Two? You gotta share it, tell them what you heard, tell them what you saw, tell them what you experienced. Kinda like being the witness in court. You Witness the Gospel yourself, then you go and Witness the Gospel to others.

As for those teenagers that love music, sometimes so much its hard to get them to put their ipods down even to pray or read the bible: Don't give up on them even if their ears are plugged, they can still see, and their eyes are focused on you! If you can't seem to preach to their ears, PREACH TO THEIR EYES!
Until Next Time -Just Jon