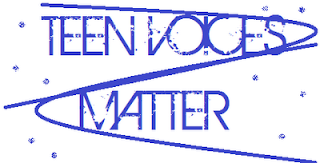 This week I finished up a series of very difficult talks with my students on issues that divide the church. Wednesday marked the day after the big election in which President Obama was re-elected for a second term. Over the past weeks I have talked with my students about some of these issues that were not only important to Christians but also seemed to be important election talking points as well. Last night I ended with a discussion on abortion. Though I am by no means a political "junkie" I do consider myself to be well informed on current political events. One of which was the swirling controversial comments made by some pro life politicians regarding abortion. I realized a very large need for pro life Christians to have much better way of voicing their position that might be much more effective and much less offensive. I was surprised last night to find out that although I pastor in a somewhat small country town, some of my students are pro-choice or at least seemed to be some form of it when pressed. I started off last night coming from the angle of life and how important life is. I gave them my favorite scriptures on the subject psalm 139:13-16. My worship leader led the song "beautiful things" which talks greatly about life. Once we had established how important life was, I brought up the subject abortion.


I know that the major controversy of abortion deals greatly with the subject person-hood  and when exactly life begins. Even in the church people have other perspectives than just saying that life begins at conception. Last night one of my students had a very interesting answer to a difficult question.
I asked: "At what point is it the government's role to protect the life of the unborn baby?" To this she answered "as soon as someone cares enough about the baby to protect it." She explained that she thought it would be bad if a baby had to grow up in a bad home environment or in a place that nobody really wanted them. "If somebody wants the baby then we should save the baby" even if that is a different family.
When I read Psalm 139:13-16 I can't help but think that even if the mother does not care about the unborn child, God does. As a Christian I would say that God loved the child in the womb as much as God loves me. At one point I was the child in the womb. I was not only made in the image of my father and mother but also of my heavenly father.

The real issue for me, because I am pro life but I really really hate the idea of the government telling a woman what she can and cannot do with her own body is:

How do we protect an unborn child as well as protect the rights of the mother?
Because as a Christian pastor I certainly love Children and Mothers.

Adoption was clearly the number one answer in my youth group. A couple of my adopted students weighed in on how thankful they are for their parents and gave such a good example of the blessing that is adoption.
The consensus was that as of right now there is no perfect way to protect the rights of the mother while still protecting the life of an unborn baby. Maybe as technology improves we will have a better answer for this down the road but for right now I feel that protecting the life of unborn children is the most important thing that we can do. I must admit that if we in fact are going to say that the life of the unborn child is that important, then we absolutely must make sure that we have the best possible system we can for finding homes for and supporting these children. One of my youth workers is a lawyer and she brought up the point that if we are going to insist as Christians that the life is so important to us and encourage women to go through with these pregnancies that we had better make sure we are there to support them in every way possible after the birth.

What about extreme situations?

Loving life and saying that life is a gift from God is certainly not an offensive or controversial thing to say, but some politicians and pastors have made the mistake of trying to use that statement even in the context of a terrible thing such as rape. This allows something terrible like rape to be attached to something wonderful like the birth of a new child. I know that out of bad things there are still positives in life and most of us have been in a bad spot in life to have good things have come from it. I cannot however agree with Richard Mourdock's statements during the debate. He was utterly wrong and needs to rethink his position on the issue. I do not believe that God intended a rape to happen and I do not think that God intended for life to begin that way. God intended life to begin within the covenant of marriage, but that does not always happen. I do believe that God is capable of taking even the worst possible things that can happen to us in life and God finds a way to repair the brokenness in our lives.

God absolutely has plans for us, but we certainly haven't always lived up to those plans. God gave us free will. Even God gave us choice in life. So when asked am I pro life or pro choice, my answer is yes I think I am.
God Bless
-Just Jon