It's been a hot minute since I've updated the ministry journal. Lets jump right into it then. :)

Kari and I settled into our new house. We love owning a home and we absolutely love living in Franklin.

We did indeed get a little puppy who is growing bigger and bigger everyday. I have grown to love him in a father puppy sort of way.

One major change for us was the massive church switch this summer. We had been praying for months about the whole situation. It was definitely the hardest decision I have ever had to make. There is so much that goes along with quitting your job as a youth pastor. The hardest part is obviously having to tell your teens goodbye. There have been other issues though. We had to figure out how to replace the income so that we could afford to pay the bills, especially since I am starting classes this fall. Yup I'm finishing up that degree in case you were wondering if I would ever try to finish it. Most people I run into just assume I had already done that years ago. 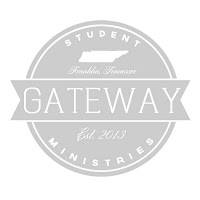 One way I started to replace that income and which was a pretty strong affirmation that we had made the right decision was the Personal Assistant job that I got the Day I told Pastor Ronnie that I was going to resign. Then came the job offer from the elementary school that is in my neighborhood. I took that job so the money issue is sort of solved. I mean after this month we shouldn't be bleeding cash anymore, which is good because I just bought a new car. That was another faith decision. I ended up being the middle school pastor at Gateway Community Church of the Nazarene. Which was formerly known as Brentwood Church of the Nazarene. Some people really questioned this move to go from directing my own program to being one small piece of a much larger program. It doesn't bother me much though. My understanding of the calling that God has placed on my life was not to find the highest paying youth job or the one with the most visibility, but rather to be an effective part of the church focused on bringing teens to Jesus.I really feel like God has already blessed our group. I have begun to build some great relationships with new students and their parents. 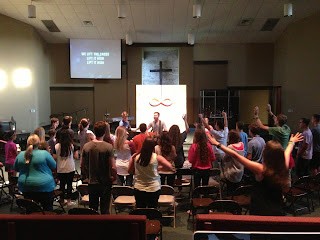 We have been attending there for about a month and a half now. Another affirmation that the choice I made was when my wife leaned over to me one night and told me she felt like our marriage is the best it has ever been and she is happier than she has ever been. Trust me her spiritual life was a major factor in the switch as well. We have started reading every night together. Yes I said reading not listening to audio books ....
I have continued to develop my love for biking. I try to go out every night, even though I am working 60 hours a week. Now when the classes kick in at the end of the month and I am still working 60 hours and a full time student, I anticipate biking may take a pretty big hit. Another thing I did was give up video games all together. There was once a time when I made my living from playing video games. I sold that business to help out with the new home purchase and I haven't looked back. I have taken up listening to these audio sermons while I ride my bike. Mostly I listen to a guy named Pete Wilson from Crosspoint nearby in Nashville. I think what really draws me to this guy's sermons is the intense focus he has on reaching lost people in our culture and not just settling for reaching those already attending. All these sermons I have been listening to and the decisions I have been making lately seem to have got me thinking differently than I have in a long time. I fear that maybe I had let myself slip into complacency. I want to combat that. The way I am going to combat that is to "Live Life With God!" That's my challenge to myself and to those in my ministry.

Well there's so much more to talk about, but there's never enough time.
New series coming soon "SOCIAL" can't wait to publish some of the content from that.
Also something cool people keep buying carpetball tables from me, so that has helped financially as well! If enough people keep ordering them I think I can convince my wife to let me keep my truck!!!!

As always thanks for reading. If you are a young youth pastor or maybe aspiring to start that journey, my advice to you is don't be afraid to follow your heart. God is the perfect Compass.